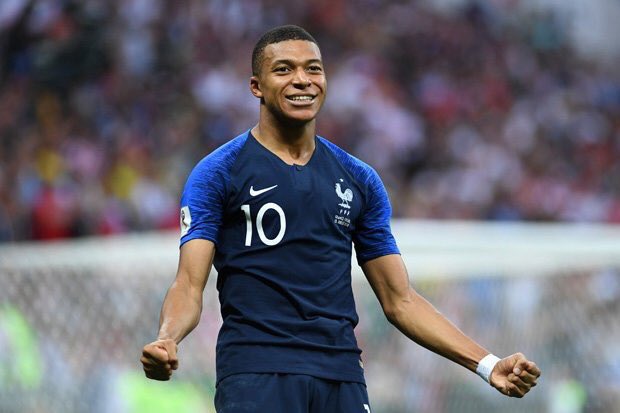 It’s no wonder that Paris St-Germain teenage sensation Kylian Mbappe didin’t end up in Liverpool (who were in the running for him before PSG blew the competition away with a huge £100 million bid – even if they had managed to agree terms with Monaco they would have probably struggled to agree personal terms.

According to latest Der Spiegel’s leaks, the France international wanted a clause in his deal that would make him the highest paid player at the club if he ever won the prestigious Ballon D’Or individual award.

The betting odds on AMAZING.BET of Mbappe winning the title were pretty remote back when he signed for PSG, but he is now one of the main contenders after an impressive debut season in the Champions League, and performances that helped to guide his country all the way to World Cup glory in Russia this summer.

As it happens, the French football giants turned down the request, which would have seen the star forward potentially earn more that Brazilian star Neymar. They probably knew that would be a catalyst for trouble as Neymar would always want to be the unrivalled star to remain in Paris.

Other clauses Mbappe pushed for was for the club to let him have use of a private jet for at least 50 hours a year. This clause was also cut from the eventual contract. However the player gets €30,000 per month for security, a driver and a personal caretaker.

With the financial situation of the club and the risk of breaking Financial Fair Play rules, the player and his reps wanted financial compensation if the club was ever banned from the UEFA Champions League.

There are allegations that high profile football agent Jorge Mendes benefitted from Mbappe’s deal by talking up the player and linking Real Madrid to the player in a bid to drive up the eventual transfer fee. Real Madrid as well as Liverpool were rumoured to be also interested in the player which eventually cost PSG €180 million.  Mbappe could have linked up with fellow ex-Monaco player Fabinho at Liverpool.

The player’s father was critical of his possible move to Real Madrid especially as there were other established stars such as Cristiano Ronaldo, Gareth Bale, and Karim Benzema. Other Spanish youngsters such as Marco Asensio, Lucas Vasquez etc were also likely threats as their profiles rose strong. Mbappe eventually settled in at PSG where has had been impressive in the past season, and the current one.