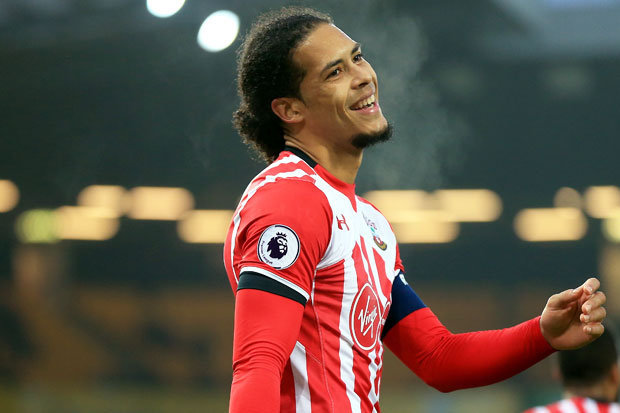 Southampton defender Virgil van Dijk is keen to push through a move to Jurgen Klopp’s Liverpool despite interest from the likes of Arsenal and Chelsea.

The Netherlands international has been training with the reserve squad over the past month as he looks to join the Reds before this week’s transfer deadline.

The Saints have regularly suggested that the centre-back would not be sold during this summer’s transfer window, but according to The Telegraph, the Reds are willing to spend as much as £70m for his services. Chelsea and Arsenal are also said to have expressed an interest in his signature, but the Dutchman’s preference remains on making a move to Anfield, having verbally agreed to personal terms earlier in the mix.

Earlier in June, Southampton had lodged an official complaint regarding an illegal approach from Liverpool for their defender, and this led to the Reds making a public apology while confirming that they would not be reviving their interest in the Dutch footballer.

Despite this, the former Celtic man continues to be associated with a move to Merseyside with Klopp keen to reinforce the central defence, which has let them down against the lower-ranked teams who tend to have additional height in terms of personnel.

Van Dijk has not featured for the Saints since the start of the new season, but the Saints could potentially drag his saga until deadline day as they don’t have to necessarily sell the defender to raise funds. Meanwhile, Saints skipper Steve Davies has admitted that Van Dijk would be welcome straight into the lineup, should he remain at St. Mary’s beyond the transfer window.

He said: “The door has never been shut on him. We will welcome him back. I’m sure if he came back into the team everybody would see the quality he’s undoubtedly got. He is popular in the dressing room and has been a massive player for us. Hopefully we’ll keep him as it will make our squad stronger.”