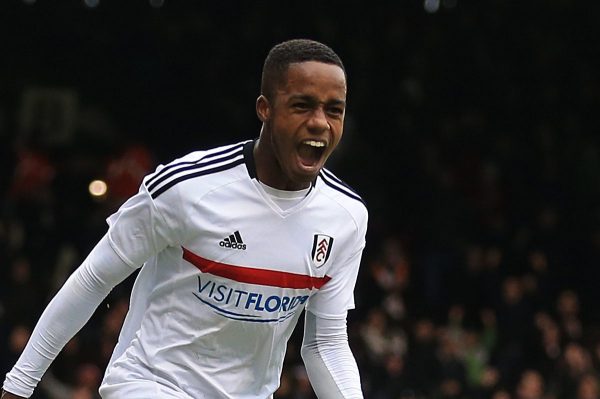 Ryan Sessegnon, a 17-year-old England superstar and current Fulham left-back, recently became one of Jurgen Klopp’s summer transfer targets, a list drawn up with the assurance that the Reds would have more money to play with this window than in any previous (the Liverpool Echo says up to £200m) and that the ex-Borussia Dortmund man would actually spend some money this time to compensate for the side’s lack of depth at the back.

Cold Feet
With such a vast bankroll comes intense media speculation though, bringing us neatly back around to Sessegnon. It’s probably fair to say that just about anybody with a pair of boots has been linked to Anfield in the press, from Leipzig’s Naby Keita and Porto’s Iker Casillas to the Gunners’ Alex Oxlade-Chamberlain. However, while Keita may well be a definite “no” now, Sessegnon seemed the perfect fit for the Milner-occupied left side.

That is, until Spurs’ Danny Rose got cold feet. With Manchester United hoping (needing) to improve on last season’s 6th-place finish, José Mourinho’s outfit is courting the Doncaster lad (along with Blaise Matuidi of Paris St. Germain and Atletico Madrid’s Antoine Griezmann) as a replacement for the underwhelming Luke Shaw. Rose is reportedly underpaid and too ambitious for a team that hasn’t won a single trophy in more than 3,000 days (or nine years).

London Calling
With Rose’s departure almost a foregone conclusion, Spurs, who managed a second-place finish in 2016/17, need a left-sided defender as cover for current deputy Ben Davies; in fact, an increasingly beleaguered Tottenham backline may have to replace right-back as well, with Rose’s fellow Yorkshireman Kyle Walker reportedly on his way to Manchester City. As a result, the North London outfit will go into the next campaign as 7/1 outsiders to lift the Premier League title; it may instead be worth punters taking advantage of the latest offers here and tipping Spurs for a more modest top-four finish as part of their pre-season accumulator.

Unfortunately, Spurs’ troubles aren’t helping Klopp’s chances of finding a convincing replacement for Milner, with Ryan Sessegnon the likely candidate for Rose’s locker at White Hart Lane. Given his tender age, Sessegnon is understandably reluctant to leave his native London, meaning that a move eleven miles north of Craven Cottage to whatever Spurs are building in N17 is far is far more likely than a career on Merseyside.

Competition
The obvious caveat is that it may not matter at all now Liverpool have signed Andrew Robertson from the recently relegated Hull City, a move that could serve as the first of two transfers from the Humberside club. The Reds have another possible target in Tigers’ defender Harry Maguire but attention from Spurs and the Toffees means that Klopp might have to find around £22m to get his signature.

Finally, Liverpool may or may not have made a £40m bid for Monaco’s Benjamin Mendy, along with Man United, Chelsea, and Man City. Given the competition for the French international (and left-backs in general) in the Premier League, Klopp might have his work cut out if Liverpool are to supplement Robertson in the role and make up for Alberto Moreno’s almost inevitable return to Spain, with Atletico Madrid reportedly interested in the player.