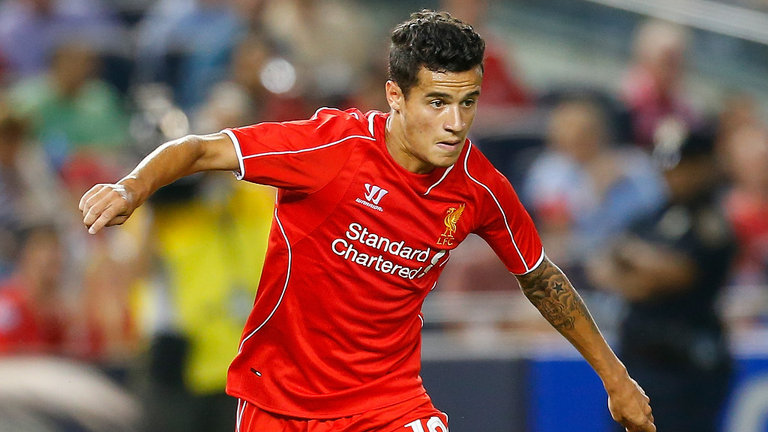 Liverpool star Philippe Coutinho says that the time he spent on the sidelines due to an injury was extremely difficult for him.

The Brazilian midfielder was absent for the last few matches due to a hamstring problem. However, he returned to action in the draw with Sion. Liverpool were unable to win this Europa league encounter, but they will be more than pleased to get one of their important players back to fitness.Coutinho has not played for the club since contributed immensely in the 4-1 win over Manchester City away from home. This was easily the most impressive result achieved by Jurgen Klopp since he replaced Brendan Rodgers a few months ago.

Since then, however, the form of the team has dipped a little with a recent defeat against relegation threatened to Newcastle United being the surprise result of them all.Coutinho has been one of the important players for the club in the last 12 months and this has recently been shown in the small period without him in the team. Now that he has returned from injury, Liverpool will look to return to winning ways when they host West Brom during the weekend. A victory in the match will be of great importance since they need to close the gap on the top four.

“I am feeling much better. I am training and available for selection. It is the best thing, because to be out injured is very difficult – it is awful.Of course, we love playing football and when we are available for selection, it is the best thing. I am feeling good and I hope I can help the team out in the best possible way. We didn’t give up at any time. It was a very difficult game against a team that sat back and the atmosphere inside the ground was amazing,” saidCoutinho.