Liverpool playmaker Philippe Coutinho has refused to rule out a summer move from Anfield by describing that the speculation linking him with Barcelona as complicated. 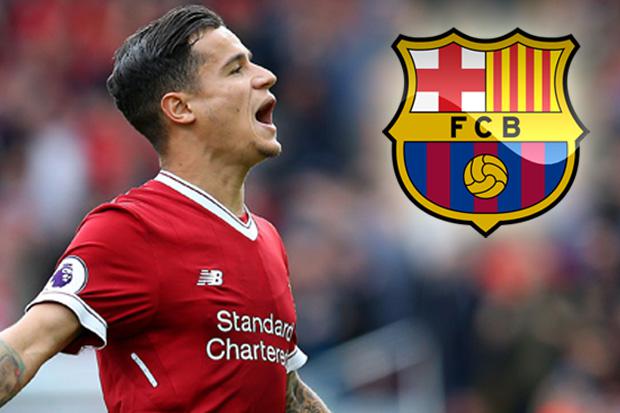 The Brazil international contributed 13 goals and seven assists during the previous campaign as the Reds secured a top-four finish in the Premier League. As a result, Jurgen Klopp’s side will be plying their trade in next season’s Champions League which would allow them to attract some of the best talents from across the world.

Coutinho inked a fresh five-year contract with the Reds in January in order to quell any speculation over his future, and the questions still linger over where his commitment would lie at the start of next season. Former Reds striker Luis Suarez had a hidden release clause which was triggered to lure him to Barcelona, but the club are now in a stronger position with Coutinho after they eliminated the buy-out clause option.

Speaking ahead of the international friendly against Australia, Coutinho was quizzed about his future, for which, he said: “Talking about this is complicated. I have a contract with my club and it is long. So my focus is on the present and the national team. My focus is here.”

Coutinho, who turned 25 on Monday, is due to earn the captain’s armband when the former World Cup champions take on Australia at the Melbourne Cricket Ground. He also made an appearance in their friendly against rivals Argentina, but as powerless from preventing a 1-0 defeat for La Selecao. The former Inter Milan ace is being seen as a potential replacement for Andres Iniesta at the Camp Nou with the World Cup winner yet to extend his contractual terms beyond the end of next season.