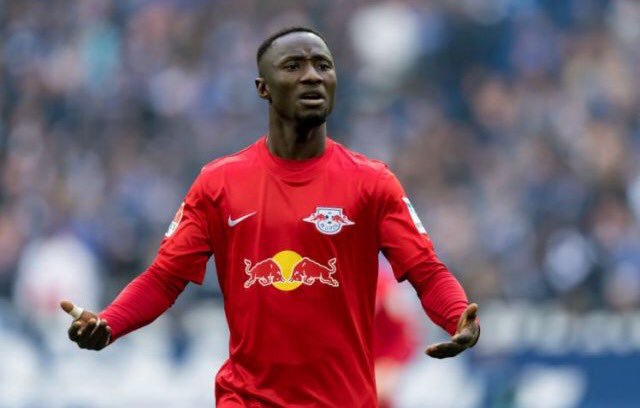 German Bundesliga side RB Leipzig agreed to a deal to release their star man Naby Keita to Liverpool next season after the Merseyside club triggered the player’s release clause. Jurgen Klopp and his team relentlessly pursued the Guinea star all summer but they could not seal the deal, and eventually agreed at the end of August to a deal that would be completed next year.

The player’s release clause was £48 million but The Reds paid extra £7 million to ensure they have him next season. The CEO Oliver Mintzlaff and the club’s sporting director Ralf Rangnick were insistent on the talented 22-year old remaining in Germany, thinking Liverpool would never pay above his release clause.
The player only joined in 2016 and the clause was expected to come into play next summer. Mintzlaff said he did not expect Liverpool to meet their expectations but when they did, Leipzig could no longer refuse.

“We would have never given Naby Keita away if it has not been for the release clause. When we agreed on the clause, we did not presume that only after a few months there’d be a club willing to pay significantly more,” the chief executive opened up. At the time, Liverpool were the third favourites on the online Sports Betting markets, with most undits and fans expecting Keita to move to Real Madrid instead, but the Red’s clever deal-making ensured that he will be playing at Anfield next season.

Leipzig also wanted to retain the player as they wanted their best players to help them get past the group stage of the Champions League. So far this has not worked out as Besiktas, Porto and AS Monaco sit above them in Group G respectively. Keita has also not been as sterling as he was last term, with reports claiming the player has relaxed as his future has been sorted, there are fears that he might not reach desired levels at Anfield after such huge expenses on the deal.

Whilst Keita will be arriving next summer, one man out of the door might by Coutinho, whose protracted move to Barcelona failed to materialise. There are reports that Liverpool playmaker will look to go on strike in order to force a dream move to Catalan side Barcelona.

The club lost one of their most prolific attackers in Neymar Jr. to Paris St-Germain this summer. The club has been linked with several players who will serve as a replacement and a boost to the team. Borussia Dortmund’s Ousmane Dembele arrived, as well as Brazilian Paulinho from a Chinese Super Lig side, but Barcelona kept on making offers for Coutinho in the hope that Liverpool would relent and drop their asking price.

The Brazil international plays a major role in the team and his absence could be detrimental to their hopes for any kind of title challenge. While the team has been managing to get the results so far, Coutinho’s return should offer significant boost. However, with recent happenings there are fears his contributions may not be at full strength if the club can force him to stay.

Barcelona submitted bids of £72 million and £90 million, both of which Liverpool have turned down, insisting that the player was not on the market. Coach Jurgen Klopp has vehemently condemned thoughts that the player could leave and the owners Fenway Sports Group (FSG) maintained a similar stance.

Coutinho had turned in a transfer request which was dismissed, but believed to be with the pro-viso that he can leave next summer. The 25-year old does not want to lose the opportunity to play for Barca.