Cameroonian defender Joel Matip came up with a big goal for Liverpool in the Premier League once again after he scored the winning goal to hand his team the three points at stake at the expense of home team Southampton via a 2-1 scoreline. 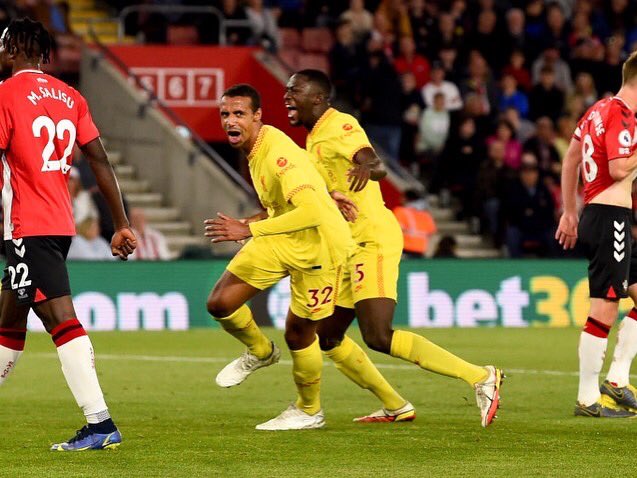 With his goal against the Saints when they played hosts to Liverpool at the St. Mary’s Stadium on Tuesday night, Matip now has an attacking return of three goals and two assists in 30 Premier League outings this season. He scored his first league goal of the season during the 6-0 home win over Leeds United earlier this year. The centre back didn’t score his second league goal of the season until this month when he scored the equaliser during the 2-1 away win over Aston Villa. During the Villa game at Villa Park last week Tuesday, Brazilian midfielder Douglas Luiz gave Villa the lead in the third minute before the equaliser from Matip three minutes later. Liverpool secured the win thanks to the second half header from Senegalese international Sadio Mane.

Liverpool came into the Southampton game on Tuesday with the knowledge that anything other than a win will hand Manchester City their fourth Premier League title in five seasons and a sixth Premier League title overall. Just like what was obtainable with Aston Villa game, Liverpool conceded the first goal of the game to Englishman Nathan Redmond. His goal arrived on 13 minutes before the equaliser for Japanese star Takumi Minaminoin the 27th minute. Matip scored the winning goal midway into the second half.

The second goal from Matipin as many games ensured that Liverpool picked up their second successive league win away from home in a matter of a week and also move within one point of Manchester City at the top of the Premier League table.