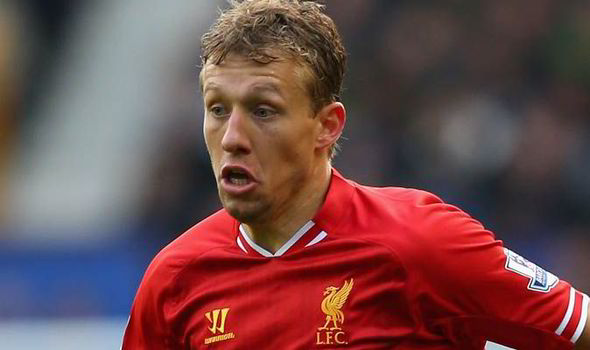 Lucas Leiva claims that he has been boosted immensely by the arrival of Jurgen Klopp, as the German has breathed new energy into his system.

The Brazilian midfielder was in danger of conceding defeat in his terms to remain as a Liverpool player. He has not been a regular first team name unlike in the Rafa Benitez. As the club has recently lost attacking players like Raheem Sterling and Steven Gerrard, focus was on signing attacking players like James Milner. This coupled with the arrival of names like Emre Can threaten to reduce the first team opportunities for Lucas. However, he has been made a central figure in the team setup by Klopp, who replaced Brendan Rodgers a few weeks ago. The former Borussia Dortmund manager has been in charge for the last seven games. Results have been mixed during this period with Liverpool getting some high profile victories over the likes of Manchester City and Chelsea while going on to suffer embarrassing home defeats against Crystal Palace, leading some punters to bet with StanJames on Liverpool making the top four, whilst a small number of people are also backing Klopp to be fired by the end of the season!?

The 28-year-old has been a regular presence in the midfield and he has already accumulated close to 1000 minutes of league action. “The arrival of Klopp has given me a new energy. He shows he has enough confidence in me. Since he has arrived, we’ve had seven games in four weeks. It’s a high number, but he has managed to give the team a different face. I have learned a lot from him. He is very demanding, but has clear ideas about football. I have gotten along well with him in the first month,” said the midfielder about Klopp.