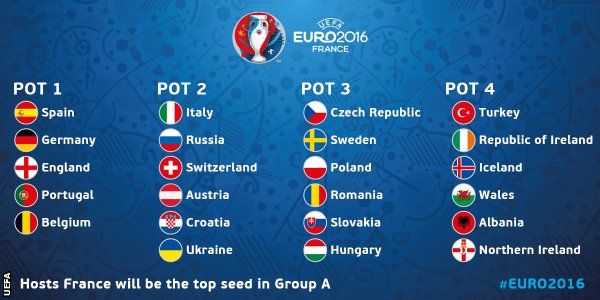 Liverpool may still have one eye on enjoying a strong finish to the 2015/2016 Premier League season and go all the way in the Europa League, but we would forgive the players for having one eye on the upcoming European Championship this summer.

Representing your country at a major international tournament is the pinnacle of any player’s career, and while Jurgen Klopp will expect his team to remain focused and continue the progress that has been made ever since he arrived at Anfield, they may begin to safeguard themselves from the potential risk of injury that might rule them out of Euro 2016.

Liverpool will certainly be well represented in France, with numerous players likely to be called up for their respective nations in the hope of enjoying a successful campaign which may take them all the way to the final at the Stade de France. England are currently considered amongst the strong favourites with Coral in the latest Euro 2016 odds to return home victorious, but while many Liverpool fans will remain loyal and support their own country, others may choose to follow the progress of other players who could make a name for themselves and report back to Liverpool for pre-season with an international winners medal around their neck.

Dejan Lovren
Dejan Lovren may never have to buy his own drinks in Liverpool again following his heroic injury-time winner in the epic Europa League clash against Borussia Dortmund at Anfield that will go down in club folklore. It has been a much improved season for the 26-year-old Croatian centre-back who struggled to impose himself during his first year at the club, but now appears to be forming a solid partnership with Mamadou Sakho. Lovren’s ability to bring the ball out of defence and become a commanding presence at the back has certainly come to the fore under Klopp who obviously sees something in him.

However, these qualities may not be present at Euro 2016 following an altercation with Croatia manager Ante Cacic during the recent international break, which has since been followed up by an ultimatum that could put his position in jeopardy. We would certainly expect a defender of Lovren’s quality to be involved for his national team, and if he manages to patch up his differences with Cacic, then the Liverpool defender could play his part in a dangerous team that should not be under-estimated.

Adam Lallana
Liverpool are likely to be well represented in Roy Hodgson’s England squad this summer, and although Jordan Henderson’s chances of selection have been thrown into doubt following an untimely knee ligament injury, Adam Lallana stands out as a player who could make a real difference at Euro 2016. The 27-year-old has come into his own since Klopp’s arrival, with PFA Fans’ Premier League Player of the Month for March hitting superb form at just the right time for club and country.

Hodgson is clearly a fan of Lallana, having started the winger in England’s recent friendlies against Germany and the Netherland, and it appears that he will play a big role this summer. Lallana could be joined by Daniel Sturridge, Nathaniel Clyne and James Milner in flying the flag for Liverpool in England colours, and if fans want to keep up to date with their progress and check the latest odds, they’ll all be covered here on Coral’s website. Lowered expectation levels may not be reflected in the odds on England triumphing in France, but it could allow Lallana and his international team-mates to flourish and mount a strong challenge.

Emre Can
We are all aware that Germany always come good during major international tournaments when their quality, professionalism and ability to get the job done come to the fore. Emre Can, who has enjoyed an excellent debut season at Anfield and become an instant fans’ favourite, is likely to be included in Joachim Low’s 23-man squad, with the 22-year-old’s versatility coming to the fore.

He enjoyed an interesting battle with Liverpool team-mate Lallana during the recent friendly in Berlin when he played at right-back – a position which Low seems to prefer Can, despite him proving his worth in Liverpool colours as a tenacious defensive midfielder. His excellent determination and work rate makes Can a perfect fit within a Germany squad that will be difficult to beat, and it would come as little surprise if he reports back for pre-season training as a Euro 2016 winner.