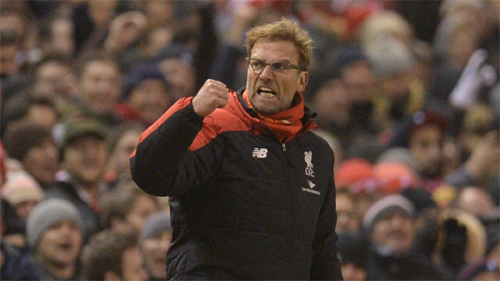 Wembley awaits for Liverpool as the team came through a dramatic penalty shoot-out to overcome Stoke in the Capital One Cup Semi-Final. It was a nervy and edgy night in front of a packed crowd at Anfield, but Joe Allen stepped up to be the hero once again with the winning penalty to put the team one step closer to lifting their first piece of silverware in three years.

Jurgen Klopp may have the opportunity to bring instant success to Liverpool after just four months at the club, and although he may be disappointed at Liverpool’s inability to control the game and allow Stoke to level the aggregate score through a goal that was offside, progressing to the final was the most important thing.

Betway may find it difficult to pick a winner between Liverpool and Manchester City, but while it has the potential of being an excellent final, it is one that could make Liverpool’s season look all the better if they walk away from Wembley triumphant in victory.

It was always likely to be a close-fought encounter against a Stoke side that have really come on this season, especially when they were once rated as a physical, long ball team that were not capable of playing free-flowing football. Liverpool could have relied on their 1-0 lead from the first leg to see them through, but the previous encounters between the two teams this season pointed towards the first goal being crucial.

Unfortunately, Stoke took the initiative and chalked off Liverpool’s narrow advantage just before half-time with Marko Arnautovic’s goal that replays showed was offside. The game became cagey thereafter, with both teams cancelling each other out as they became wary of being caught on the break.

Penalties looked inevitable and the smart choice on live betting markets as neither side were able to create any real clear-cut chances in normal time and extra time, but Liverpool fortunately held their nerve and have Simon Mignolet, who has been much maligned this season, to thank for crucial saves that may give him the confidence boost he needs.

Fans would undoubtedly had been rubbing their hands together at the prospect of a Merseyside derby in the final, but coming up against Manchester City will be a real challenge that Liverpool have to stand up to. Facing a team that are firmly in the title race might work to Liverpool’s advantage, particularly if Manuel Pellegrini chooses to rest some of his key players in order to make the Premier League a priority if results in the league are not going their way.

Sergio Aguero instantly stands out as the main danger, with the Argentine striker in superb goal-scoring form this season; he scored against Liverpool in the recent clash at the Etihad Stadium, but the Reds had the last laugh with a resounding 4-1 victory. The Capital One Final is likely to be a much closer affair, especially with silverware at stake for two clubs under pressure to win trophies on a regular basis.

Live betting is an option if it’s kicked off for those who may be undecided on who to back with Betway, with first goalscorer and number of corners examples of markets that fans may feel more comfortable choosing if they cannot separate the two side.

Saturday 28th February is a date that every Liverpool fan can put in their diaries as Capital One Cup Final day, and while Klopp and the players have earned the right to play at Wembley, there are a number of important upcoming games that Liverpool must be focused on.

Upcoming league fixtures against Leicester, Sunderland and Aston Villa represent an opportunity for the team to pick up much-needed points if they are to have any chance of resurrecting their chances of a top four finish, while FA Cup and Europa League ties against West Ham and Augsburg represent tough challenges that Liverpool have to overcome. The confidence boost that should come as a result of reaching a cup final should stand Liverpool in good stead, with a strong February hopefully ending in glory at Wembley.