Premier League title contenders Liverpool and Manchester City are on course to meet in the Champions League semifinals this season after they both recorded victories in the first half of their respective quarterfinal ties. It was already common knowledge that the two English teams could meet in the last four once the quarterfinal draw took place at the end of last month. A potential semifinal tie involving the two teams was already on before the start of the quarterfinals. 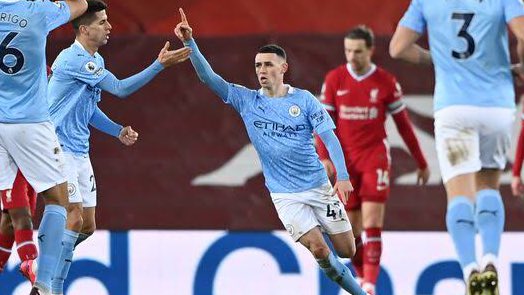 Liverpool proved to be too much for Benfica in the first leg as expected as they recorded a 3-1 away win to render the second leg at Anfield on Wednesday almost non-academic. French defender Moussa Konate was the centre back partner for Virgil Van Dijk for the Benfica game ahead of Joel Matip and Joe Gomez and he was the recipient of the first goal on 17 minutes. The Reds’ lead was doubled by Sadio Mane on 34 minutes as they went into the break with a two-goal cushion. In-form Benfica striker Darwin Nunez then halved the deficit at the start of the second half to get his team back into the game before the result was sealed by ex-FC Porto star Luis Diaz three minutes from time. The third Liverpool goal from Diaz ensured that the Merseyside giants have one foot in the semifinals.

Manchester City are also in line to qualify for the Champions League semifinals after they beat Atletico Madrid 1-0 at home with Kevin De Bruyne netting the only goal of the game.