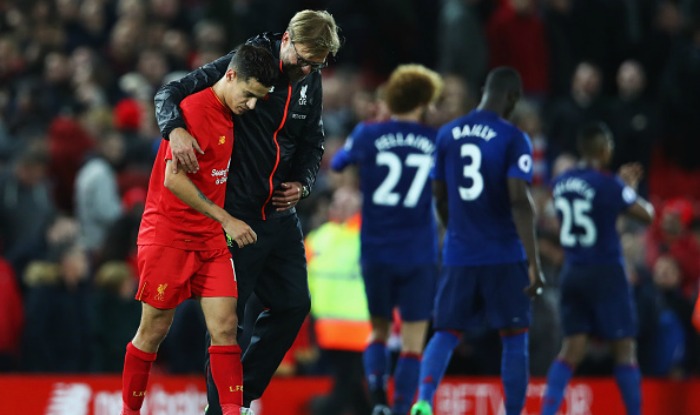 Liverpool boss Jurgen Klopp has iterated that Philippe Coutinho will not be sold to Barcelona during this summer’s transfer window. The Brazil international has been repeatedly linked with a move to the Camp Nou with compatriot Neymar also publicly stating that he would welcome the attacker to Catalunya.

Prior to Klopp’s arrival, the Reds were used to cashing in on their star performers with Luis Suarez and Raheem Sterling having joined Barcelona and Manchester City respectively, but the German coach admits that the club have moved on from that period of selling their main players.

Coutinho made a bright start to the previous campaign as he bagged a brace in the 4-3 thumping of Arsenal in the Premier League opener. However, he sustained an ankle injury in late November, and this restricted his participation until the turn of the year.

Klopp’s side therein suffered a string of shocking defeats against relegation-threatened clubs, and this eventually saw them drop out of the Premier League race. Despite this, they managed to salvage their season with a fourth place finish in the league, which assured them of a Champions League qualification spot for next term.