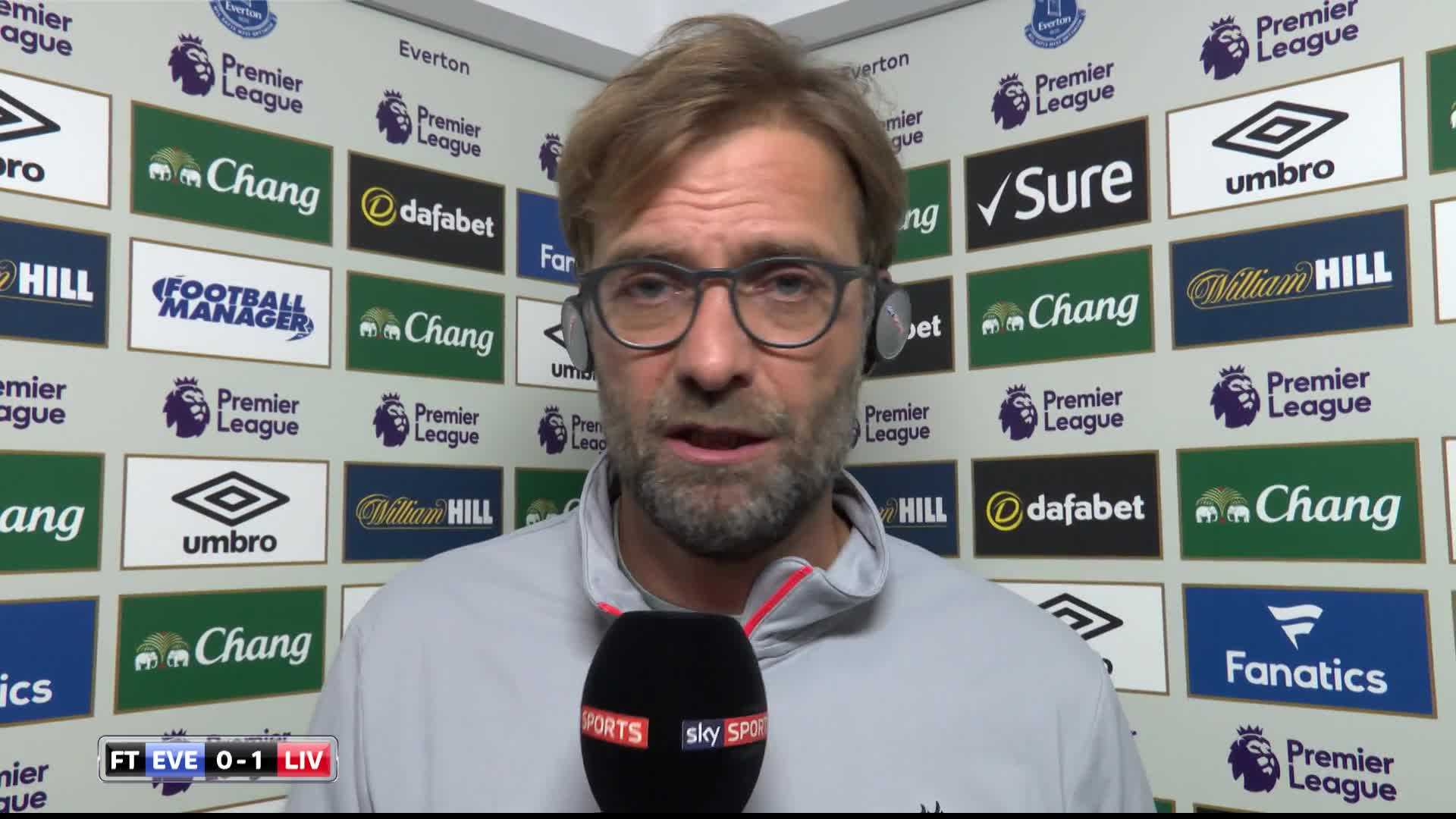 It was the first taste of Merseyside derby at Goodison Park for the German manager, who came to the club last October. After a disappointing 90 minutes of action between the two teams, Sadio Mane stepped up to score the crucial winner in fourth minute of the injury time. It was a sickening blow for the home team and they were given little time to recover from this setback. After having enjoyed a 2-1 win over Arsenal only a few days ago, the home team were coming in with a lot of confidence.

Klopp says that the presence of the home support was like a 12th man for Everton. However, they were rarely aroused in the game after things did not create much opportunities to speak about. Liverpool enjoyed possession of the ball in huge numbers, but they could come up with only four shots on target.

Everton were even poor after managing just one shot on target. There was also an incident with midfielder Ross Barkley, who made an ugly challenge on Liverpool captain Henderson. He could have been easily sent off with a straight red card, but Barkley was lucky enough to receive only a yellow.

Considering all factors,Klopp said that it was a deserved victory for the club.”Enjoyed is maybe not the right word, it was quite intense and very, very happy after the game. It was a deserved win in a difficult game. You saw the reaction of our supporters, so obviously they were happy too. It is the best thing you can do on a night like this.We did not give a lot of chances away, I can’t remember one chance for Everton and whatever you want to do in a football game you need to be ready to respect what an opponent wants to do,” said Klopp.