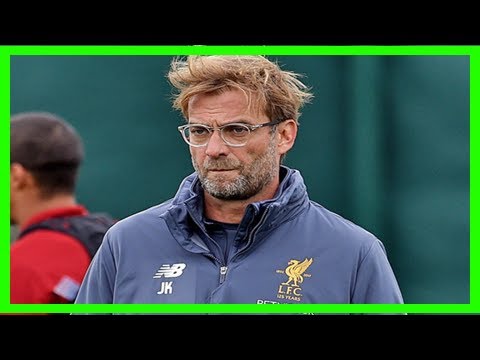 Liverpool head coach Jurgen Klopp has insisted that the club’s problems are being exaggerated following their recent string of poor results.

The Reds have had a poor September which started with a 5-0 thumping at the hands of Manchester City. The Reds followed to draw their next two games against Sevilla (Champions League) and Burnley before suffering a surprise exit in the League Cup to Leicester City.

Speaking at his news conference, Klopp admitted that the club’s concerns are not as bad as they are being interpreted, he said: “It sounds like we have no points and are completely the worst team in the league. Yes we have problems that is why we ‘only’ have eight points and not 15. We can make it more serious than it is or we can take it like it is. I understand 100 per cent (why) we sit here and talk about the things that have happened.We have work to do but that would be the same if we had 15 points, only it would feel different but it would be the same.”

Dejan Lovren has been unable to train this week with injury while Joel Matip is also said to be struggling. Despite this, Klopp is likely to demand more from the players in hand after they dominated the first period of the Leicester City game, only to be knocked out by two second-half goals.

The Reds no longer have strong characters in the form of Steven Gerrard and Jamie Carragher in their ranks, but Klopp will have to find motivation from somewhere if the club are to end their recent winless streak across all competitions.

Liverpool will make the visit to Leicester once again in the Premier League this weekend, and the German will hope to get all three points in order to keep up with the likes of Manchester United and Manchester City, who are cruising at the top of the table.