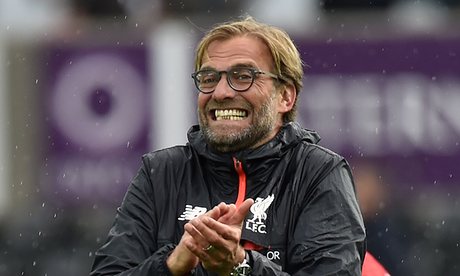 Jurgen Klopp acknowledges that he should not have got as excited as he did after the Reds shook the net as many as 4 times back to back in a goal fest at the Emirates Stadium. As per Klopp, that kind of celebration should be avoided when the final whistle is a long way away as it can take a lot of emotional energy out of you while you still have to keep competing.

However, Klopp reckons achieving the advantage of three goals playing as a visiting team and that too at an incredibly tough place, nobody, not even he, could control himself and it led to an absolutely wild celebration.

The German, at the end of the evening, was amused that his team worked beautifully as a defensive unit as the game was closing in and did not let in the leveller after the advantage was lessened down to one goal by the hosts.

Klopp was quoted saying, “I was involved in it myself, but, that was probably not the right time for such a celebration to be honest because the game was nowhere near its end.”

“Having said that, everything happened very, very fast with Sadio coming and jumping on me and then the others joining in. The emotions were high. The season opener, playing away and it was 4-1.”

“Initial 30 minutes, I thought well this is not our day maybe, but, we didn’t let it go away from us. We remained in it and it was the most amusing part. Countering the opposition like that takes character.”

“And our defence particularly when we were approaching the end, those few minutes, it was awesome. If our defence goes like that, we will cause problems to any team.”