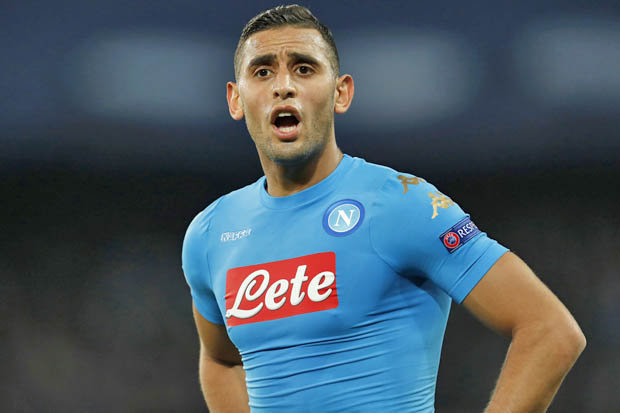 Mohammed Salah was finally unveiled as a Liverpool player on Thursday, yielding overwhelming feelings of positivity amongst the Anfield faithful. When deployed alongside Philippe Coutinho and Sadio Mane, Liverpool will boast perhaps the fastest and deadliest midfield three in the entire league. It is, undeniably, a strong start to the summer transfer window as the Reds aspire to once more become regular participants in the Champions League. 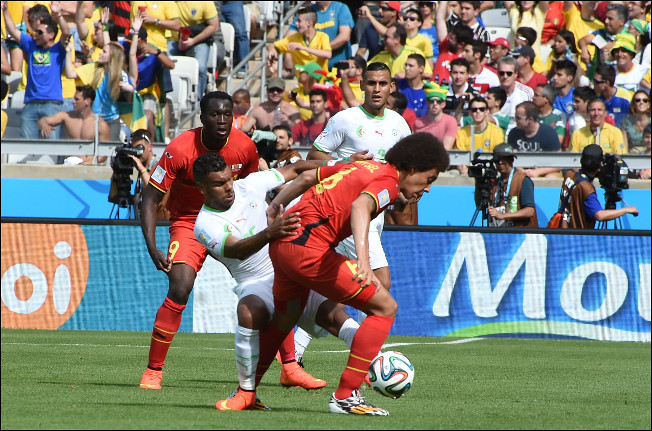 Pictured here in action for Algeria at the 2014 World Cup against Belgium, apparent Liverpool target Faouzi Ghoulam could be a vital cog in the Liverpool squad and provide better balance across the pitch.
Beneath the self-evident (and ever-growing) quality of the first choice Liverpool XI are players that may struggle to adapt to the demands of the Champions League, some of which are unfamiliar with that calibre of opposition. Even for the most seasoned members of the Liverpool squad, 2017/18 will be hectic and, at times, gruelling. By contrast, it will be an exciting time for bettors, whether they wager in cash throughout the yearly sports schedule, or use sites that exclusively deal in Bitcoins. For Klopp, meanwhile, the hard work of rebuilding a club nearly destroyed by Brendan Rodgers has only just begun.

A verdict – and some viable alternatives

A new left-back is now Jurgen Klopp’s number one priority, since Alberto Moreno has long been out of favour at Anfield, and his departure is seemingly inevitable. Napoli remain superior to several clubs that once dominated the Italian top flight, including Lazio and the two Milan clubs, over whom Maurizio Sarri’s men finished with ease in the 2016/17 edition of Serie A. Valued at around £15m, Ghoulam would bring a high work rate, and his stamina levels most certainly played a significant part in Napoli’s high finish. He would also add a much greater degree of balance across the present day Liverpool side.

There are few sights more iconic than a packed Anfield under the floodlights, as a fervent crowd prepare to behold some of the finest talents in Europe.
With significant justification, the signing of Ghoulam appears to be high on Klopp’s agenda, but nothing much can be ascertained at this point. While Ghoulam’s signature would be an excellent one, it would naturally signal the end of James Milner’s time as a surprisingly accomplished fullback. It would seem to most like the roughest form of justice, but the fact remains that age is no longer on Milner’s side and a Champions League campaign looming, a more dynamic option must be deployed in that role.

A move has already been mooted, but Liverpool will not be without stiff competition for the Algerian fullback’s signature. Should he be lured elsewhere, then other names such as Benjamin Mendy and Ryan Sessegnon may once more garner the media’s relentless spotlight.

It has already been established that Liverpool are not interested in Mendy, despite the Frenchman being included in the 2016/17 Ligue 1 team of the season. In any case, all signs point to Mendy becoming a Manchester City player. As for Sessegnon, the Fulham youngster is clearly talented, but a successful step up from the FL Championship to the Champions League is a relative rarity – and Liverpool need to make clear signs of progress soon.