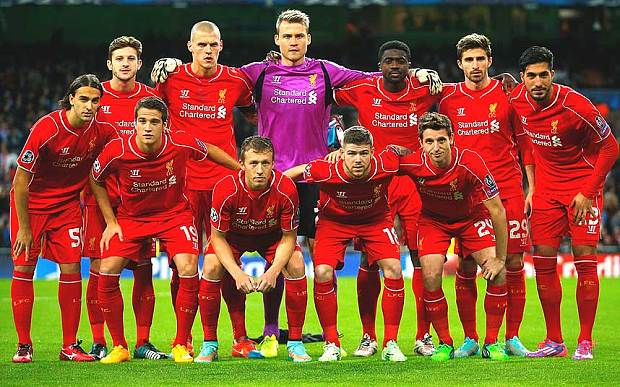 It’s been a strange one. A very strange one in fact. It’s safe to say that all Liverpool fans have been left scratching their heads following the most peculiar of starts to this season. Everybody has had an opinion: Rodgers has lost his way; the new players are settling in; Suarez is gone. All of these arguments have a foot to stand on – and following the Real Madrid away game, quite worryingly, the first is gaining momentum.

To put it simply, we went away to the very best team in the world and put out a reduced strength team – not only that, but it followed a crushing 3-0 defeat at home. But does it go deeper than that, or was the team selection almost a stroke of genius from Rodgers?

The game itself certainly put forward evidence to suggest the latter could be true – looking at the result alone, the away tie was more successful than the match at Anfield, even though the outcome was eventually the same. Conceding two less goals aside, the fixture seemed to hold a more promising performance than the previous games.

Surprisingly it came from a team that saw the likes of Kolo Toure and Joe Allen start as opposed to the more consistent players such as Gerrard and Henderson. The line-up also featured Lazar Markovic, who has come under criticism since his big money move from Benfica in the summer. Perhaps most notably, Rodgers decided to drop (or rest) Mario Balotelli, a man who most would agree hasn’t been firing on all cylinders this season; but was this the kind of game Rodgers needed to play the big names in?

European nights are what Reds fans have dreamed of for numerous years, and surely they don’t come much more significant than against the champions? And so, by extension, it would only make sense to play the biggest and best players, so to have a good go at the biggest and best opposition. But that would be too simple though, wouldn’t it.
Rodgers decided to play his weakened line-up, or so it seemed: multiple players put in performances that could have earned them consideration for domestic fixtures.

One that had a particularly impressive night in Madrid was Kolo Toure. Since joining at the beginning of last season, he has been in and out of the team, and more recently he has seemed surplus to requirements. In spite of this, he went out and surprised the football world with a performance which saw him control Ronaldo, whilst reducing the threat of many others including some of the world’s best. This is one of a few points which could suggest that Rodgers made a good decision with the selection of the weakened side away in Europe.

Furthermore, Lazar Markovic looked like he was providing an edge when the Reds got the rare opportunity to push forwards; his pace seemed to provide some electricity when it seemed that Borini’s endless running wasn’t going to cut it.

So it seems that Rodger’s choices paid off, with the result being far from humiliating, and players who have seemed weak so far this season coming on a bit. But then, that begs the question, if that side managed to concede only the one, what would have happened had the ‘first team’ been out on display?

Rationally, one can’t help but think that had the Reds had more presence in the final third they may have been able to take advantage of a Madrid side who were not playing as freely as they have in recent weeks.

Contrastingly, you have to consider whether or not the first team would have played with the same vigour and passion as the XI which had everything to prove. And so the circle continues, with more ‘ifs and buts’ arising every time you conclude whether or not Rodgers made the right decision.

Ultimately, I think that Rodgers’ team on that night will be scrutinized for weeks and months to come – but personally, I think that it is important to consider the game in context to the group stage standings. Going into the game the odds were stacked against the Reds, and similarly one would find it difficult to bet against Los Blancos in their coming matches. If Ancelotti’s side do get the job done, Liverpool are still in a position from which qualification is a real possibility.