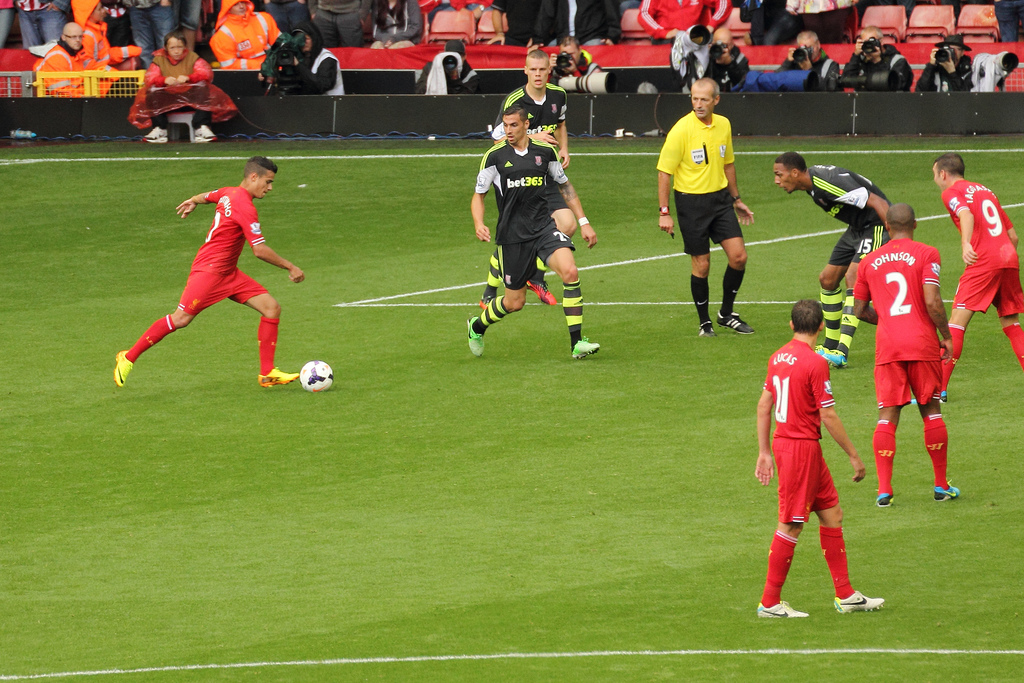 Simply put, Philippe Coutinho is a special talent. The Brazil star has been a pivotal figure at Anfield since moving to Liverpool from Inter Milan in 2013 and Jurgen Klopp has attempted to build his current squad around the 24-year-old.

Coutinho’s creativity and influence in attacking areas has helped Liverpool to carve defences apart this season and it would be fair to claim that the Brazilian is one of the frontrunners for the PFA Player of the Year award.

Many feared the worst when Coutinho went down after a clash with Sunderland midfielder Didier N’Dong in November but the Reds icon is now fighting fit and ready to help Liverpool in their pursuit of a maiden Premier League crown.

Coutinho’s impact on the field is clear for all to see and his stat-line says it all: five goals and five assists in just 996 minutes of top flight football. If he can regain his best form, Klopp’s men could be on the verge of something very special indeed this season.

However, his game is about much more than goals and assists. The Reds number 10 is one of the most composed players in the division and his unique ability to remain calm in tight spaces is certainly helpful.

“His first touch was a pass for Roberto, genius. It’s good to have him back, another half an hour.” pic.twitter.com/oCCeyIiuCu

When it comes to dribbling, Coutinho averages 2.4 efforts per game – second only to Sadio Mané. In terms of key passes, shots per game and overall match ratings, Coutinho is the top dog; and that is why Europe’s elite sides are considering a move for the 24-year-old.

There is no doubting Coutinho’s quality but Liverpool have already shown this season that they can win in his absence and the Reds would cope if he was to sign for Barcelona in the near future.

Like Liverpool, Luis Enrique’s men are also involved in a title fight with closest rivals Real Madrid and Barca, priced at 3/1 to win the Spanish crown in the La Liga betting odds with bet365, could push for Coutinho in January to stand a better chance of glory.

Barcelona’s interest in Coutinho has been well documented for some time now but it would be a tad surprising if the Spanish giants muster up an official bid before the current transfer window slams shut.

Like most major clubs, La Blaugrana have always tried to avoid making any major signings in January – mostly as they can disrupt momentum and team spirit rather than boosting it. If nothing else, this gives Liverpool the chance to plan for a potential future without the Brazilian star…

Reds supporters will be holding their breath over Coutinho’s future but the Brazilian may be set to grace the famous Anfield turf with his creative presence for a little longer. On his day, he is up there with the best players on the planet and Liverpool will do everything in their power to hold Barcelona off. With the little magician pulling the strings in midfield, the sky is the limit for Liverpool – that is how key he is to Klopp’s style of football.